The Truth in Darkness 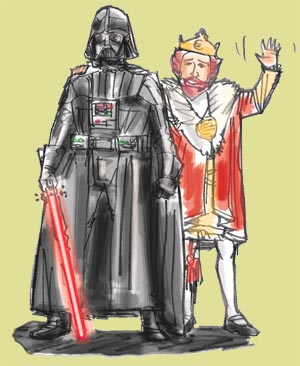 Return to all posts

“Character gets to the heart of what good storytelling is all about. They’ve helped Wendy’s focus on what makes us unique, different and special and that’s helped us to get people’s attention, keep their interest and keep the business growing. We compete with much larger brands, but by being overt about how we want to attack those differences, we’ve been able to have a lot of tension and conflict in the story that we are telling. That allows us to keep the story fresh and to fuel it. The more we do that the more positive attention we get as a brand and the more the brand continues to grow, which, in turn, builds our confidence in our storytelling and keeps the courage level high.”

“I’ve been through Character’s story framework process four times in my career, and it has always added extraordinary value. It was a central piece of Walmart’s rebranding effort in 2006, as we sought a new articulation of our brand narrative and our purpose. It’s an equally powerful tool for us now, as Walmart defines its place in a rapidly transforming retail environment. And we are currently using it to do the same for Sam’s Club.”

“Character’s approach to brand building is unlike any other in the business. Jim and his team use the timeless truths of human storytelling to unlock story potential and connect deeply with brand audiences. I’ve worked with Character throughout my career, and my experience with Tabasco was as fascinating, inspiring, and productive as ever.

Character worked with our team not only to help us re-examine and re-articulate the elemental truths of our iconic global brand but also to develop and apply practical tools that make the brand story framework user-friendly for our entire organization.

I whole-heartedly recommend Character to any brand marketer who is looking to make intuitive and durable connections with their consumer.”